- BATTLE: Face your friends or the A.I.
- MISSIONS: Solve alone, or co-op with a friend
- EDITOR: Create your own tables

Enter the BATTLE MODE to challenge your friends (or the computer) in a never-before-seen way: by mashing two pinball tables into one! Your objective: get the ball through the opponent's side, and protect your own end at all cost. Collect power-ups on the way and fight your way to victory!

Conquer the MISSION MODE by accomplishing special objectives, all built on top of special tables. Can you survive ball rains, break through walls or sharpshoot targets? TONS of single player and two player co-op missions included!

Unleash your creativity with the TABLE EDITOR and craft your very own battle tables! It is the same tool that was used for creating the original tables, meaning you get access to EVERY element and feature.

Two player modes are played using a single device, you and your friend controlling one side of the screen. So grab your iPhone, iPad or iPod touch and challenge your friends, family members, neighbors, cats and random by-passers for a game of PinWar!

To add a Qi badge for PinWar to your site: 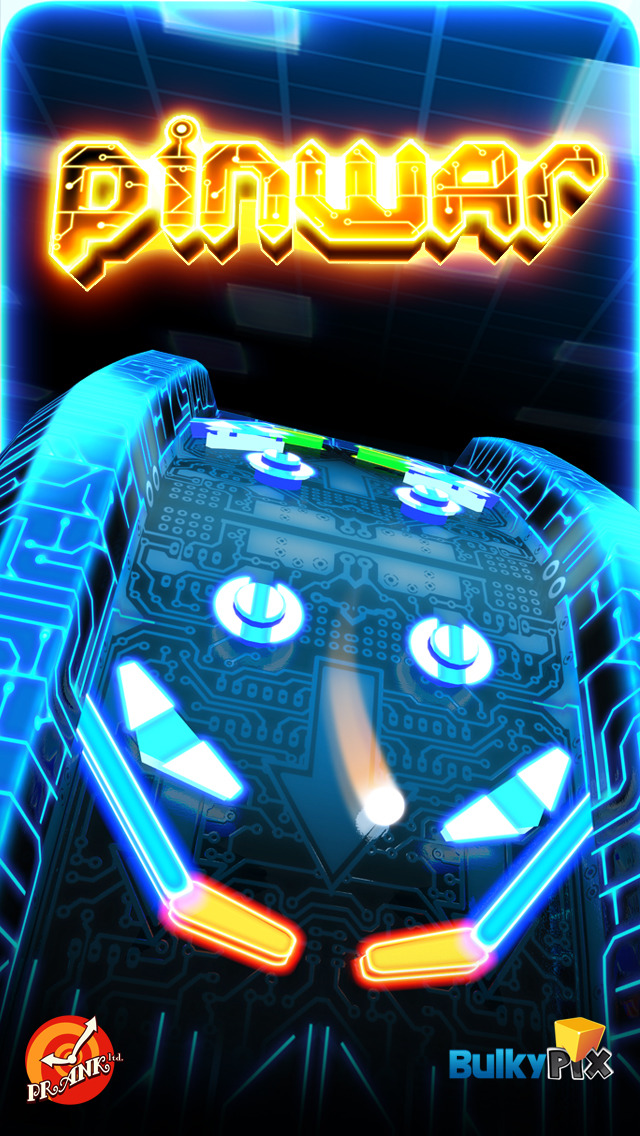