APP STORE SUMMARY
Global Assault is a FREE, squad-based RPG with tremendous 3D graphics! Take control of Havoc and adventure around the globe while competing against other players!

Take your revenge on the Shattered Sun and create an empire that spans the globe!

MODERN WAR
Set on Earth, Global Assault pits the Heroes of Havoc against the despotic forces of the Shattered Sun in turn based combat! Create new units, unleash their special abilities, and customize them with unique equipment to win the day in advanced warfare!

THOUSANDS OF BATTLES
Fight in epic battles in the forests of Central America and pit yourself against the elements in the frozen wastes of Siberia. Uncover new units and unique weapons in your quest for world domination!

COMPETE AGAINST THE WORLD
Compete online against other players in to earn Equipment and Scrap for your units!

GATHER AN ARMY
Create an army from hundreds of different units, including the mighty Trident and the invulnerable Mule! Upgrade and fuse units together to create unique and rare new units!

In Global Assault, your army is only as strong as their leader!

PLEASE NOTE: Global Assault is free to play, but some extra game items can be purchased for real money. You can disable in-app purchases in your device's settings.

NOTE: A network connection is required to play. 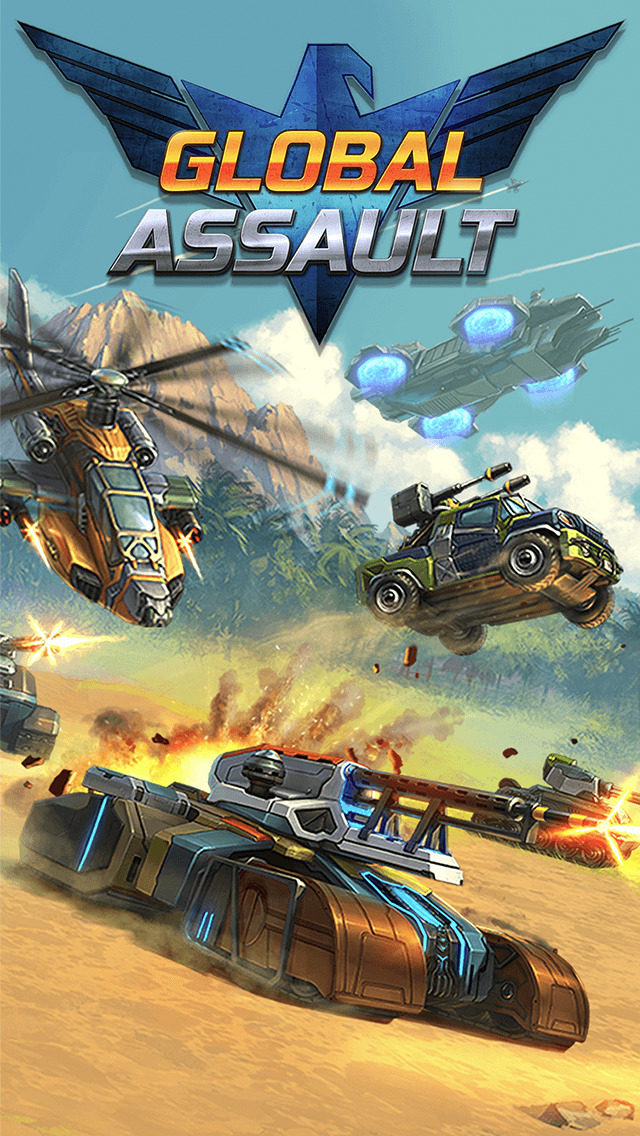