APP STORE SUMMARY
* THE GAME OF THE SEASON HAS ARRIVED! *

NFL Rivals is an intense arcade football experience like no other. Choose your NFL team and support them throughout the 2012 season. Every time you play, your score gets uploaded to your team’s global ranking. Can you drive them to the top?

* NFL Rivals is optimised for iPhone 4, 4s, iPhone 3GS and 3rd & 4th Gen iPod Touch devices only. It may not run on older devices. *

Gameplay
NFL Rivals is football for everyone. Charge down the field to score touchdowns for your team, juking, trucking, jumping and spinning past ever-tougher rival opponents. Or, on Defense, chase down that running back and take him down in style.

Authentic NFL Teams
Featuring all 32 NFL teams and the league’s official license, NFL Rivals is a fan’s dream. Unite with fellow fans to help your favorite team win all its rivalries and rise to the top of NFL Rivals.

Introducing NFL Points – Your Chance to Represent your Team
NFL Rivals lets you play for your team in a way that no other game does. By scoring NFL Points, fans from all over the world unite to move their team up the NFL Rivals rankings. Every amazing touchdown and every tackle; every jump, every drive, every juke and every spin counts towards your team’s ranking in the Rivals leaderboards. Make sure to get your swagger on and execute your play with style to earn bonus points.

Gameday – Play Your Team’s Schedule All Season Long
During the NFL season, the awesome new Gameday feature lets you play alongside your favorite team's weekly schedule. Real life rivalries become your challenge. Giants and Eagles – prepare to meet on Gameday in Week 3. Steelers and Ravens fans – get bonus points for taking each other on in Week 9 when your teams meet in primetime.

Amazing Visuals
NaturalMotion Games ups the ante again with jaw-dropping player and stadium visuals. Featuring our most detailed graphics yet, NFL Rivals is a console game in your hands. Smooth animations and crushing tackles combine with advanced lighting and shadows to produce the most engaging football experience to date.

To add a Qi badge for NFL Rivals to your site: 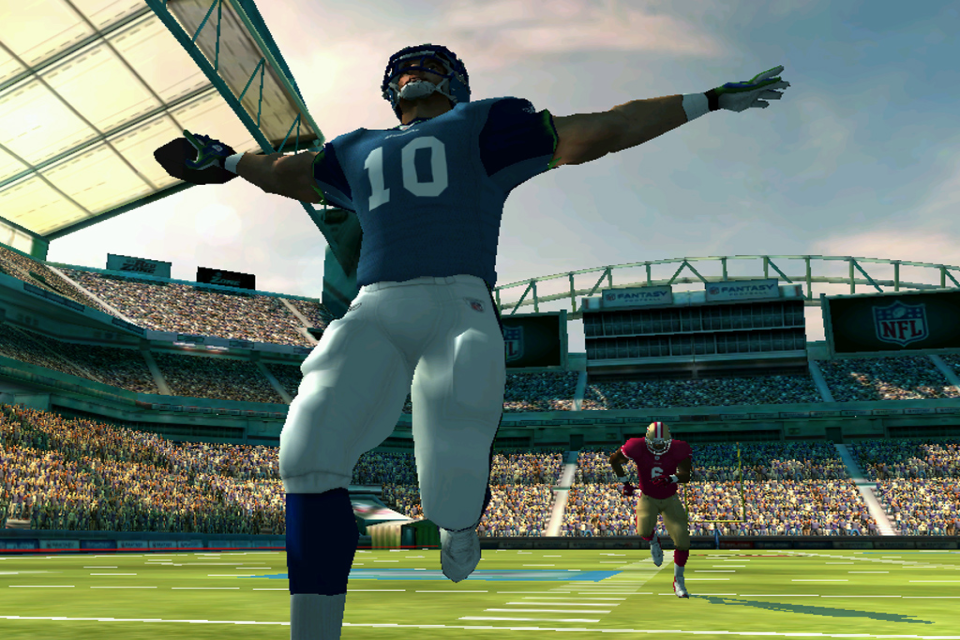